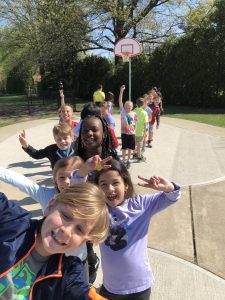 Monday was “Colorful Creative Day.”  Alan wore one of his bright red Lightning McQueen shirts.  On what was a beautiful day, the class also went outside and took shots on the basketball court as part of a fractions review game (pictured above).

Tuesday was “Dance and Exercise Day.”  The class got some exercise by dancing along to “Go Noodle” songs in the classroom after taking the fractions test.  We found out later in the week that Alan got 100%!

Wednesday was “Fun Free Time Day.”  When we were at the book fair after school, Alan told me the class was given extra long recess earlier that afternoon.

Thursday was “Game Day.”  Alan brought in a deck of playing cards and taught Brady how to play his favorite card game.  Alan only knows the Chinese name, but I know it as “Rich Man, Poor Man.”

Friday was “Hat Day.”  Alan brought in his new favorite Monsters hat that he got last weekend at the Monsters game.  He wore it for the “Miles for Millridge” fundraiser (and class photo – shown below), which involved the kids walking laps around Millridge after gaining sponsorship the past few weeks.  The school is raising money for new robotics technology. 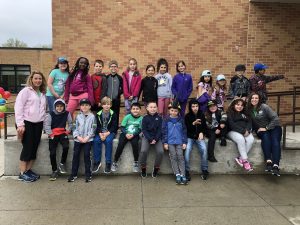 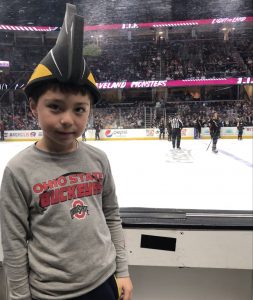 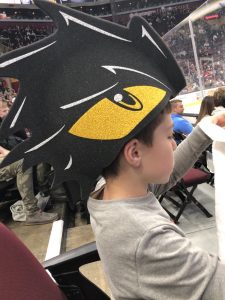 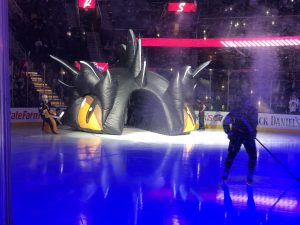 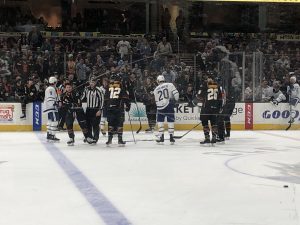 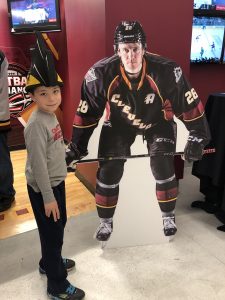 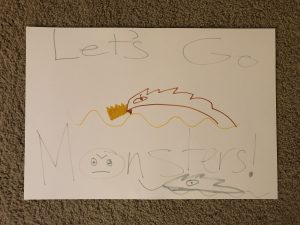