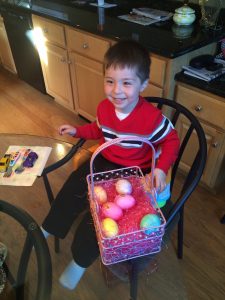 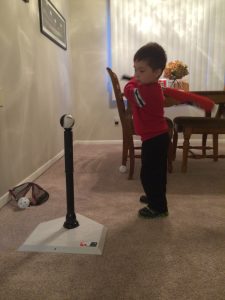 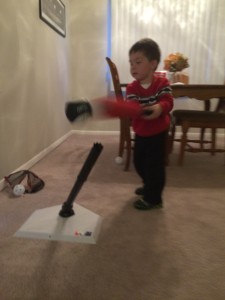 Over the winter Alan picked out his first baseball glove and baseball.  This week we bought a tee ball stand and bat.  And tonight Alan took his first career swings!

Needless to say, I was very proud.  Once the weather warms up, we’ll move outside onto the grass.  It’s going to be a fun summer! 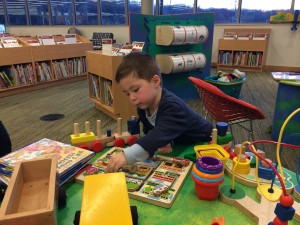 Since he could crawl, Alan’s been hanging out at the Mayfield Heights library on a weekly basis.  Saturday mornings at the old building by the high school; Wednesday nights at the newer location on SOM Road.  He loves to read…and play! 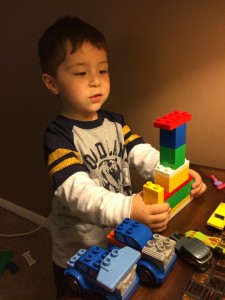 Alan on drums, joined by Tyler, Dominic, and Mariah!

Video:  The Band in Action

Plus a bonus video of the boys chasing each other before the show. 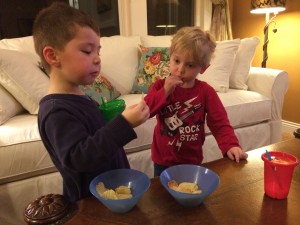 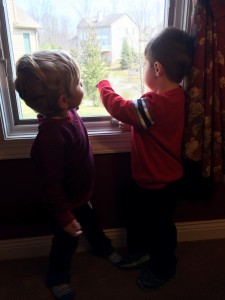 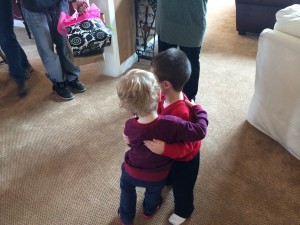 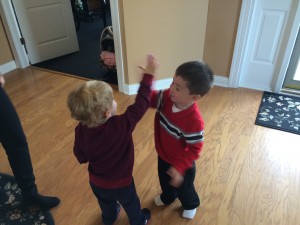 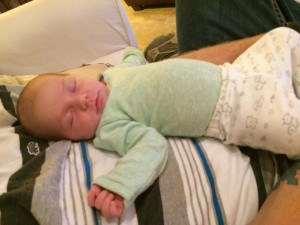