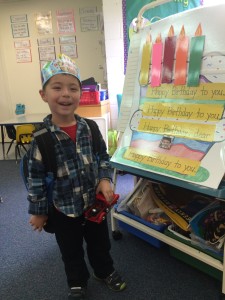 Alan had an action-packed weekend leading up to his big day today.  On Friday, the family got together for a birthday party at Great-Grandma’s apartment.  The living room looked great decked out in Paw Patrol-themed decorations!  Alan loved opening his gifts, blowing out candles, and running around and laughing with his cousin Brenton.  He was acting silly when I tried to take a picture of him with his Paw Patrol balloon (video).

On Saturday, Alan opened up gifts from Mommy and Daddy (and got a package from Luke!) after getting home from Chinese culture class.  We also hit baseballs at the Oakville park earlier in the day – a new favorite weekend activity for us.

On Sunday, Alan began the day at the Beachwood Municipal Service Center for the 16th annual “Hands-on Trucks” event, where Alan got to see many different transportation vehicles – and a traffic light – up close.  His favorite part was talking with rescue personnel while sitting inside an ambulance!

Then of course Sunday continued with an Indians game!  We met Aunt Jill at the ballpark and also saw Uncle Robbie and Uncle David after they walked over from the Browns’ home opening win.

All of it was an exciting lead-up to today, when I joined Alan at school for his class party.  I read his favorite books (Red Truck and Road Work) to the class while Alan sat next to me at the front of the class wearing his birthday crown and holding his toy red tow truck.  Afterwards the class sang happy birthday (video) to Alan!  Next we sang songs that Alan chose for the class – one of which involved signing all 26 letters of the alphabet (I learned that Alan really enjoys sign language!).  Finally, we passed out Paw Patrol gift bags, which the kids loved.

In the afternoon Alan received his birthday call from the Paw Patrol (a perk of the Nick Jr. Birthday Club).  And in the evening he attended a program at the Richmond Heights library with both Mommy & Daddy.  It was a perfect day. 🙂

Alan thanks everyone for the gifts and attention he received this week!! 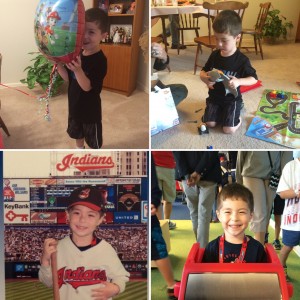 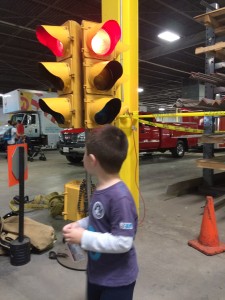 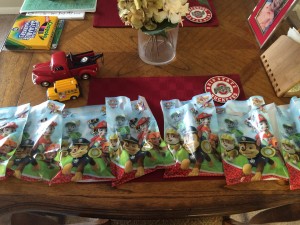 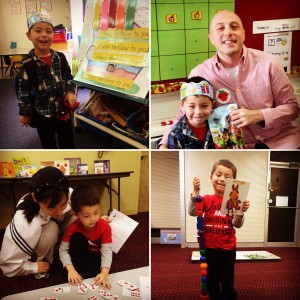 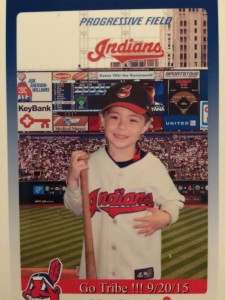 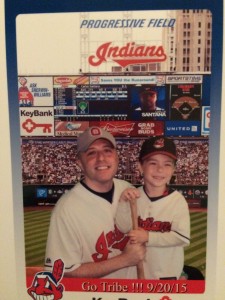 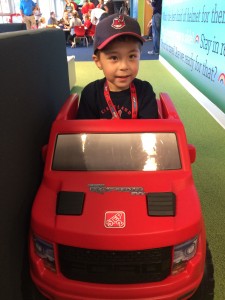 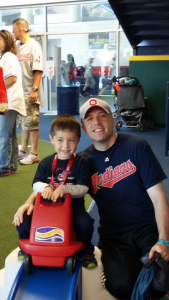 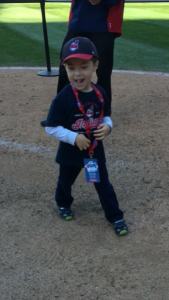 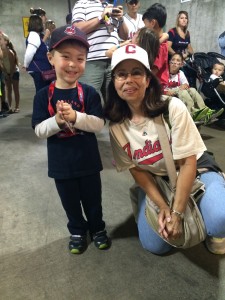 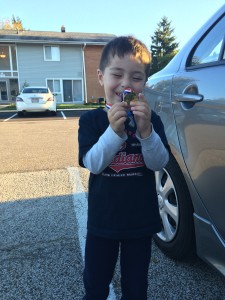 This fall Alan will be busy on Saturdays.  He’s participating in Chinese language lessons and martial arts every Saturday from 3 to 5 at the Cleveland Public Library.

In just his second class yesterday, he earned a medal (pictured above) for best participation in the class!

Here is Alan in action, showing off his skills! (video) 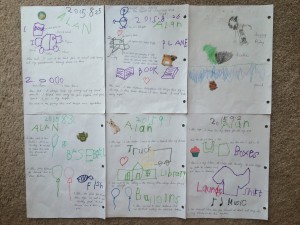 Preschool is off to a great start for Alan!  He enjoys his teacher and classmates and has gotten into a good routine after the first two weeks of the school year.

This year Alan has nightly homework.  He has to write an entry in his “Newsbook” every night after school, describing his activities, interests, or thoughts for the day.  Pictured above are Alan’s first six entries. 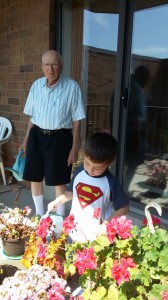 Today Alan surprised me with the following exchange:

Alan:  Because they have bare feet!

Alan completely caught me off guard by telling me his first ever joke!  I asked him where he learned this, and he said he taught himself (his usual response to this question).  Too funny.