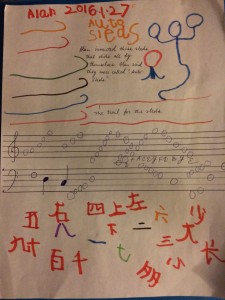 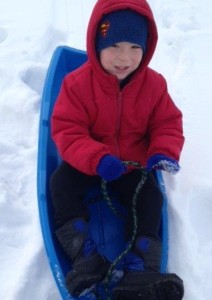 Pictured is a recent entry to Alan’s Newsbook for preschool.  He enjoys practicing his Chinese characters and music notes every night. The inspiration for his “auto-sled” invention came earlier this week when Alan and his classmates went sledding outside the school!

Alan, to Grandma Debbie, when asked what his favorite season is:

“Spring, summer, and fall because that’s when I go to Indians games with Daddy.” 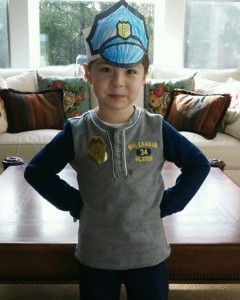 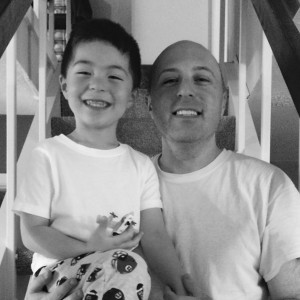 Alan just wanted everyone to know that he wears white undershirts like Daddy.  🙂 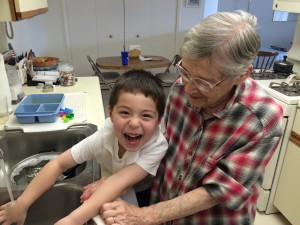 Every other Sunday Alan goes to visit his Tata (Great-Grandma) and Papa (Great-Grandpa).  It’s a weekend tradition that goes back to when Alan was a baby and spans three different apartments.

When Robbie and Jill are in town, the activities expand to playing “rescue” on the parking garage with Robbie (where workers are rescued from the roof via crane) and the board game Chutes and Ladders with Jill.

It’s always a great time on the weekends at Great-Grandparents’ apartment!

Note: The pictures below were taken by Alan today.  He picked up my phone and just started snapping.  The photos are both artistic and unique to his perspective.  Nice job Alan!!! 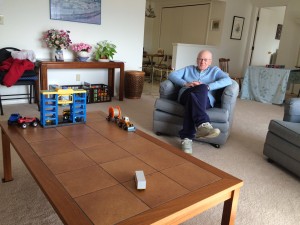 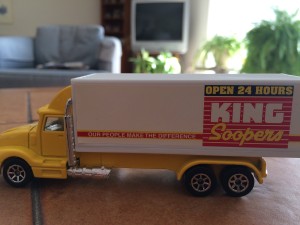 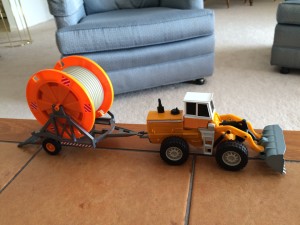 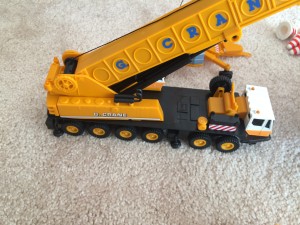 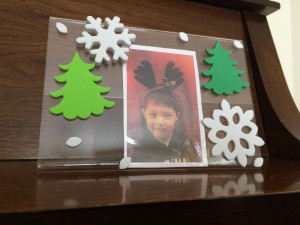 The school year has continued to go well for Alan.  He’s strengthening his communication skills and being a good leader in the classroom.  He particularly enjoyed pajama day at school on the day before his two-week winter vacation.  That day he also came home with the holiday gift to Mom & Dad pictured above.

Alan has become good friends with two boys named Taran and Almas lately.  Alan always has a story to tell me about them, which usually involves the chasing games that they play at recess.

Speaking of recess, when three girls in Alan’s class, Natalee, Ella, and Ryleigh, want to play “family,” they turn to Alan to play the dad while the girls play the mom and two babies.  Once after coming home from school, Alan came to me and said…

I, of course, told Alan I could relate! 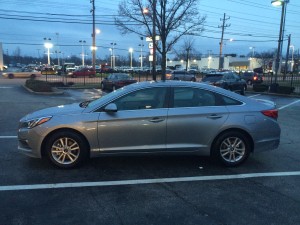 I leased a new car this month — a 2016 Hyundai Sonata — and Alan told me that he’ll be in charge of inspecting the wheels this winter to make sure that there’s not too much ice and snow on them before we start driving.  As indicated by the picture below, it’s an important job when you live in Cleveland!! 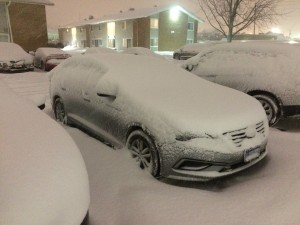 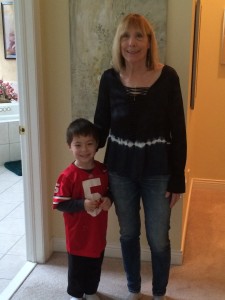 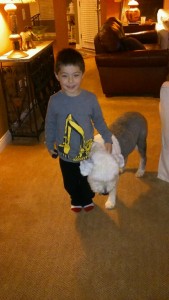 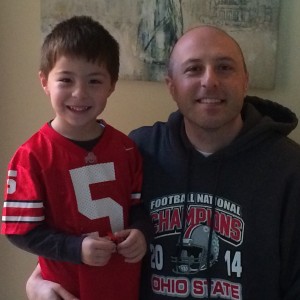