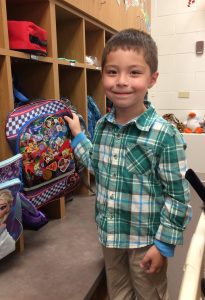 Today I visited Millridge for two reasons.  First, Alan and I attended Donuts with Dad together.  Then, I volunteered to help Alan’s class with “centers” — a special session where parents and volunteers lead groups of 3-5 students at a time through various enrichment activities.

Activities can include anything from puzzles and math problems to building and crafting. The center I led involved using sticks of various sizes to make objects and shapes based on each child’s imagination.  Alan made a train with his supply. 🙂

I loved coming in to see Alan in his element — he seems to be enjoying his first couple months of school very much.  And Alan was proud to have his Daddy volunteer in class.  Before centers, we presented Alan’s foot project to the class together.  I let all the kids know just how much Alan loves planets and outer space. 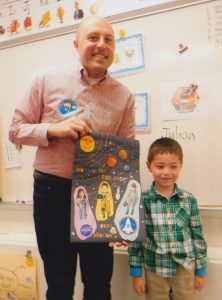 After centers, Alan asked me to stay for snack time and then morning recess.  I of course stayed and helped push kids on the swings.  At first I wondered why the teachers weren’t helping push the kids…but that question was answered as soon as I was running up and down the line pushing eights kids at once! 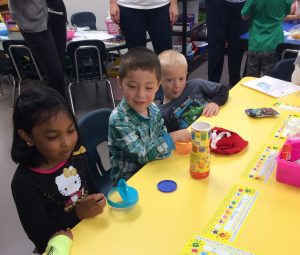 Centers are typically held on two Wednesdays per month, in place of specials.  You can bet I’ll be coming in again as the year goes on! 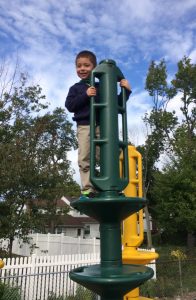 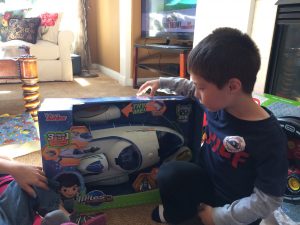 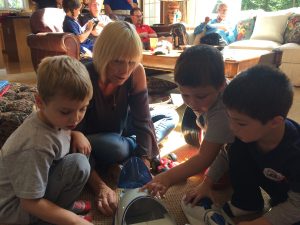 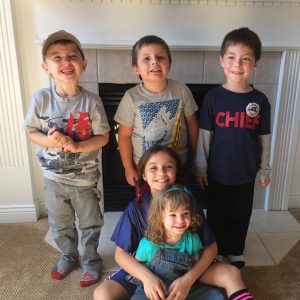 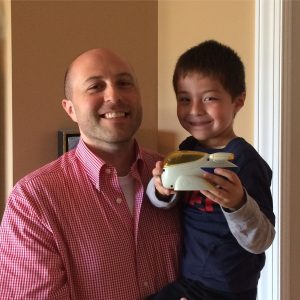 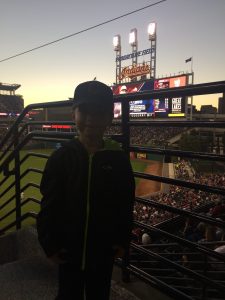 Tonight Alan closed out his 2016 MVP season with his first ever night game!  Someone is very happy that 6-year olds are allowed to stay out later. 🙂

Alan found out the best part about being a big kid and going to a night game was the shorter lines for kids activities. Alan barely had to wait to hit, throw, jump, and run!  It was a short night at the ballpark, though, as Alan was in a hurry to meet up with Tyler at Grandma Debbie’s for their sleepover (tomorrow is the big family party!).

Before leaving we tossed a ball around for a bit and said our goodbyes to Progressive Field.  Sadly, tonight was our last game of the season.

Thanks to Robbie and Jill for supplying our tickets this year!  The 2016 season was our favorite at the ballpark yet.  Can’t wait for spring 2017! 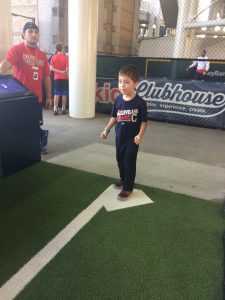 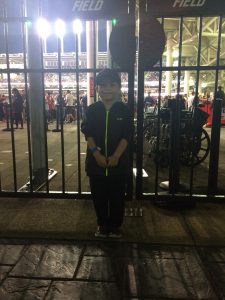 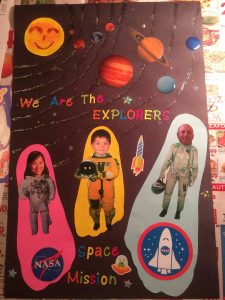 First Kindergarten family homework project!  We had to trace our feet and then turn them into something creative. 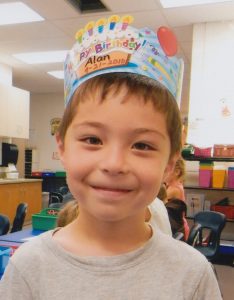 The birthday boy decided to celebrate his birthday at the MHS pool this evening, as it’s easily one of his favorite places. He particularly enjoyed swimming the length of the pool with his paddleboard and showing me the new tricks he’s learned in the water recently. He’s been daring enough lately to try swimming without a paddleboard too.

Alan got to sleep in today, since there was no school due to a teacher workday (he wore the birthday crown yesterday at school though, and received a birthday drawing from each of his classmates).  Then he played at home all day until Mom and Dad got off work and brought cake. Just before going swimming, Alan got a long-awaited call from Blaze (from Blaze and the Monster Machines) to wish him a happy birthday!

Not a bad way to celebrate a 6th birthday!  But there’s still more fun to be had this weekend!  To be continued… 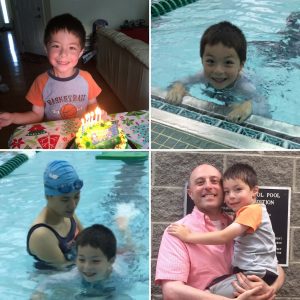 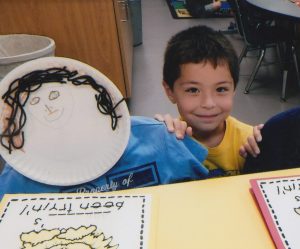 Tonight the kids left a surprise for parents when we came to open house: They made replicas of themselves at their desks! (Photo taken by Mrs. Feldman).  I left a surprise right back, leaving a message to Alan in his journal. 🙂 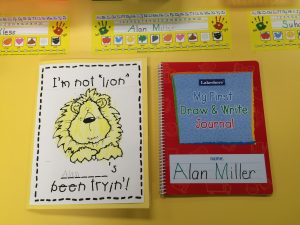 Based on what we heard tonight, it’s going to be a fun year for Alan and the rest of the Millridge Mustangs in Mrs. Feldman’s class! 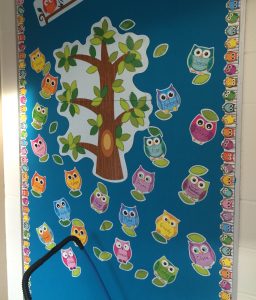 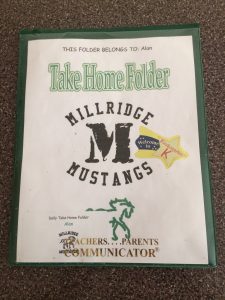