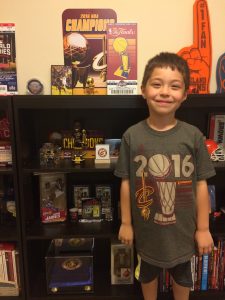 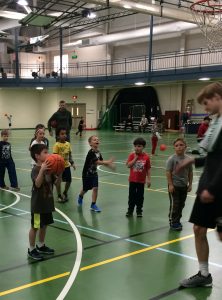 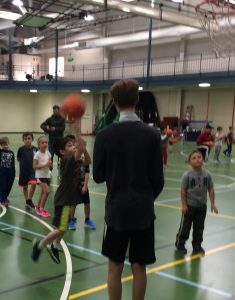 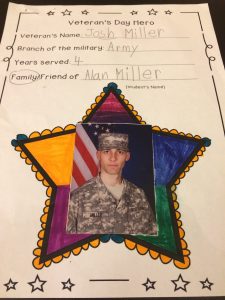 Alan’s school celebrated active and retired veterans of military service at a school assembly this week.  Alan wished his own Veterans Day Hero, Uncle Josh, could have been there with the other guests being honored, but Alan was still able to hang up Josh’s picture in the hallway. 🙂