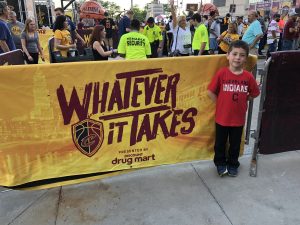 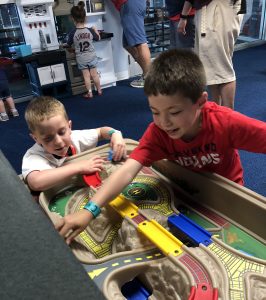 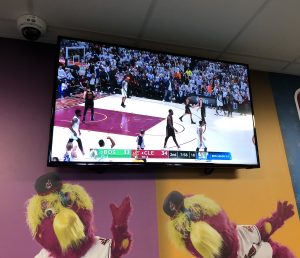 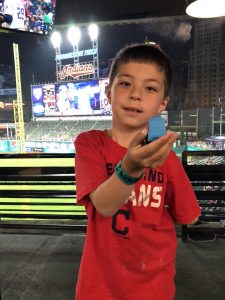 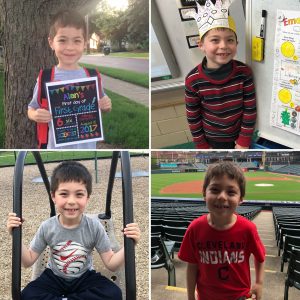 Alan’s first grade year at Millridge is now complete.  We had a lot of fun together along the way, highlighted by the three classroom parties, Alan’s family day during his week as the featured student, and of course the memorable Field Trip to Progressive Field!

In addition to those special events, these are some other memories that will stay with me for a while:

-The hug Alan gave me when we took a photo together after presenting his “All About Me” poster rivaled the one I wrote about in the Kindergarten Memories post one year ago.  Same kind of feel.

-I loved our hang-out time at McDonald’s — where we went after almost every Millridge event together.  We loved going there and reminiscing about the funny things that happened at school.  Even yesterday, Alan was laughing about the time during the Progressive Field Trip and Mrs. Russo jokingly told me that Alan was a troublemaker.

-During Alan’s Parent-Teacher conference in October, Mrs. Russo said she specifically requested Alan in her class because of his reputation from Kindergarten as a great student.

-In a May email, Mrs. Russo thanked Veronica and I for “raising such a wonderful boy.”  The next day she thanked me again at Progressive Field Day.

-That being said, it was not a surprise Alan was 1) the first Student of the Month honored in his class and 2) the “WOW” award winner for this class.

-We survived a few different challenges this year, including a stretch from Oct. 13 – 19 in which I prepared all of Alan’s meals and was responsible for him getting to school.  It wasn’t easy to keep him fed when he relies on his grandma’s cooking, but, with a rice cooker, we found a way to get by.  I loved having the chance to write him notes and leave them in his lunch bag though.  And I loved driving him to school every day.

-Alan also struggled through three bouts with strep that contributed to 16 absences this year.  Fortunately none of the absences ever came on event days, though we had some close calls.

-Going into the year my biggest concern was how Alan would respond with his core group of friends from Kindergarten – Grady, Noah, Brady, and Xavier – split up into different first grade classrooms.  But he made new friends within his first grade class pretty quickly and the rest was history.  I think inviting his whole first grade class to his bowling party early in the school year ended up being beneficial in that regard.

Overall, it was a rewarding year for both Alan and I.  Now it’s onto summer break and gearing up for second grade!