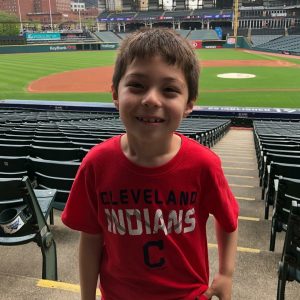 Alan’s end-of-year field trip was to a familiar place:  Progressive Field!  Alan, along with the entire first grade, took a school bus to the ballpark this morning for a tour.  Luckily, parents got to join too!

After dodging some early rain drops, the kids started their tour under mostly sunny skies.  The first stop for Alan’s group was the Home Plate Club – a spot Alan had never been inside before.  Then it was onto the elevators and up to the press box, where Alan had a bird’s-eye view of the grounds crew preparing the field for the Indians’ upcoming homestand. 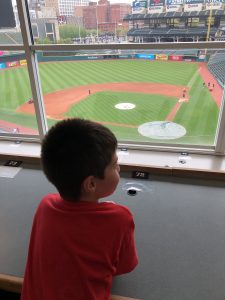 After seeing the Infinity Club and the dining room for the all-you-can-eat club seats, it was back down the elevators to the lowest level of the ballpark.  While waiting for everyone to get downstairs, the kids got a little restless.  So one parent kept them occupied by encouraging them to do wall push-ups. 🙂

Before long,  the kids entered the playing surface from behind home plate.  It was Alan’s first time in that spot since he was in the Kids Starting Lineup last year.  Then it was off to sit in the Indians dugout!  He had walked past the dugout many times but had never been able to go inside previously.  Just as the kids were getting up, there was an Andrew Miller sighting! 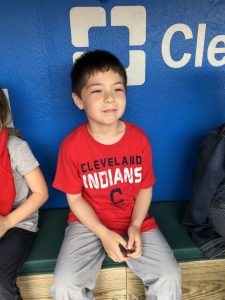 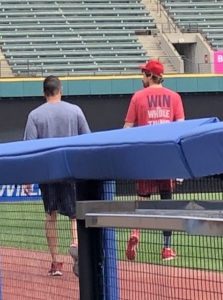 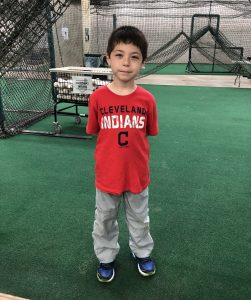 After the tour concluded, Alan’s class took a group photo and then lined up to board the buses.  Meanwhile I picked up some pencils and pens for Alan at the Team Shop. 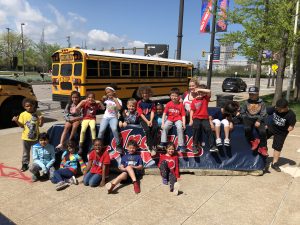 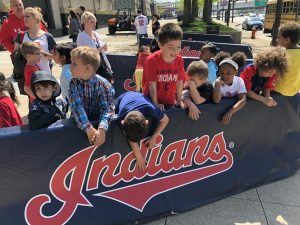 But fortunately that wasn’t the end of the field trip!  For lunch, the first graders got to visit Square’s Castle in the Metroparks, where they had a picnic.  The kids ate their lunches on blankets and then played afterwards.  Alan and I played with a kickball for a bit before he went to join a zombie-chasing game at the castle with Grady, Colin, and Brady. 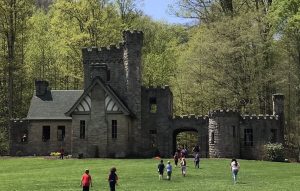 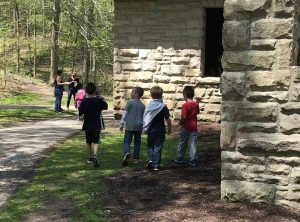 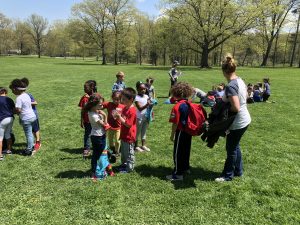 After fun time was over, Alan took the bus back to school.  I picked him up there and drove him to McDonald’s — our customary stop after sharing time together at school.  🙂