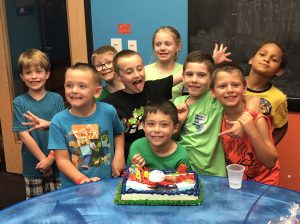 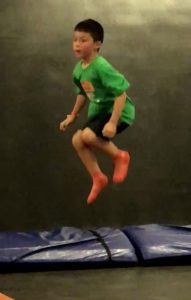 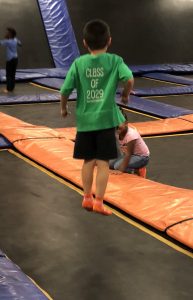 The kids jumped from 5:45pm to 7:15pm.  Some jumped on the partitioned course, some jumped into the ball pit, and some jumped on the dodgeball court.  As Alan predicted earlier in the night, they jumped until they tired themselves out.  At 7:13pm, Alan’s birth minute, the announcement of his birthday was shared over the loudspeakers.  The kids were then called into the party room for pizza and cake. 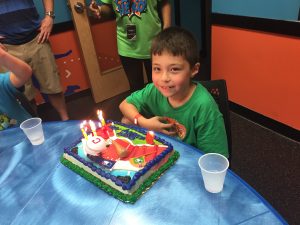 For the second year in a row, Alan had a baseball-themed, white marble cake from Giant Eagle.  But this time we went all-out on the Indians theme.  🙂 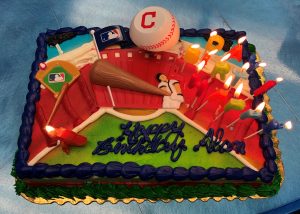 Silliness ensued when Alan’s friends sang to him and he blew out his candles.  After enjoying the cake, Alan requested my phone in order to follow the Indians-Red Sox game on Gamecast with Noah and Xavier.  He also started a boo Red Sox chant in the room. 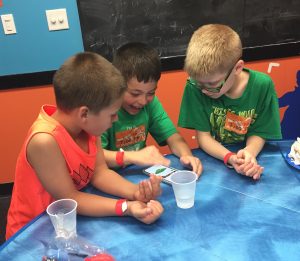 After the party, Alan handed out the treat bags we put together with prizes bought from Target and Browns/Buckeyes pencils.  Kilian took home the “bonus bag” that Alan filled with extra cool prizes and a Cavaliers pencil. 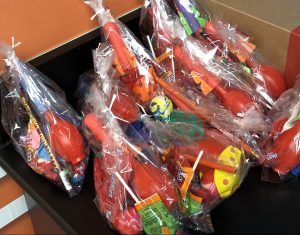 But the fun didn’t stop there.  When the party ended at 8pm, Alan and I drove up to Cleveland and traded in Gamecast for live action baseball at Progressive Field!  During our drive, we listened on the radio as Josh Donaldson hit his first homerun as an Indian.