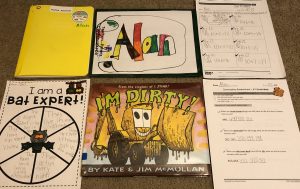 For the second October in a row, Alan and I had extra ‘buddy time’ while Veronica went traveling for a week!

Together we had quite a week+, starting on the night of 9/27 and lasting through tonight.  There was a lot of math homework (50 problems a day), music (in the car on the way to school), books (it was Millridge Read-a-thon week), and even dad jokes (written on notes placed in Alan’s lunch bag).  There was also The Great Coffee Spill of 2018 mixed in, which fortunately we overcame.  🙂

We devoted a day (last Sunday) to board games.  Then midweek we went to Party City and bought a new one, Mouse Trap.  Alan loved it! 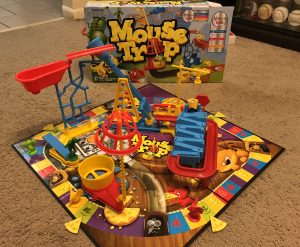 There was also sports (& creations).  Alan watched OSU beat Penn State while building the Lego Coast Guard set, then watched OSU beat Indians while building a new Tinker Toy 16-wheeler.  We watched the Browns upset the Ravens on a last second field goal in OT(!).  And we hit baseballs at the park, two days after Indians day at school in honor of the ALDS.

Fortunately Alan had some meditation time with this classmates after all the excitement at home.  🙂 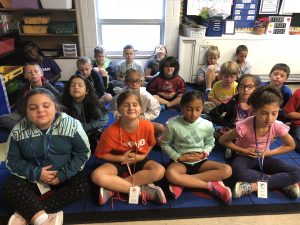