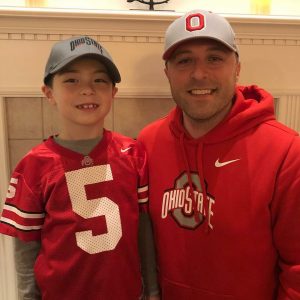 Alan and I watched the first half of the game together at Grandma Debbie’s – a half highlighted by quite an air show from the Buckeyes’ Heisman candidate, Dwayne Haskins.  The Buckeyes always seem to put on a show on the fast turf in Indy, and Alan enjoyed three Buckeye touchdowns in the first half.

We drove home during halftime, and in the car, Alan followed the game on my phone via the ESPN Gamecast App — his new favorite pastime.  He didn’t quite stay awake for the whole game, but he saw the best parts.

During these past eight quarters of OSU football, Alan has picked up a large percentage of the rules of football.  He now has a strong grasp of down and distance (on a related note, boy do I wish they had the yellow ‘first down’ lines on the TV screen when I was Alan’s age).

This great run for Ohio State down the stretch in 2018 will be remembered as a driving force behind Alan’s growing interest in football.  And we’ve still got a Rose Bowl to watch together next! 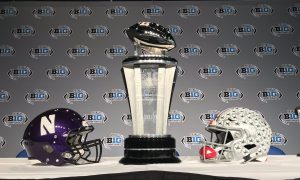 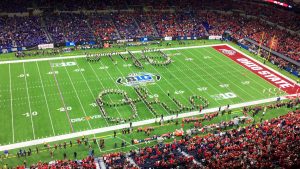 In honor of Ohio State’s return to Pasadena, here I am in July 2007 visiting the Rose Bowl.  What a great memory! 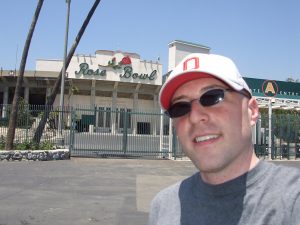