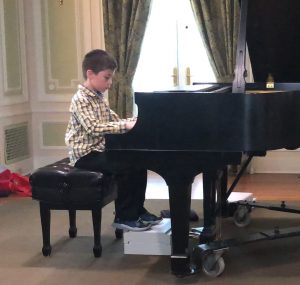 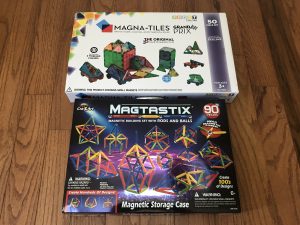 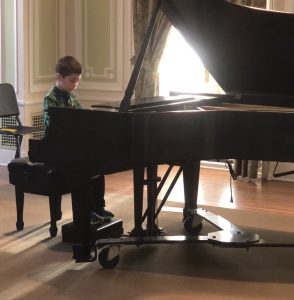 Alan performed “Allegro” in the midyear solo recital today at the Music Settlement.  He did a great job and got a certificate for completing Piano Book 1! 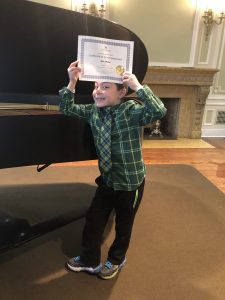 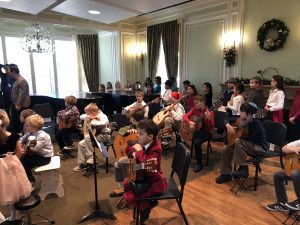 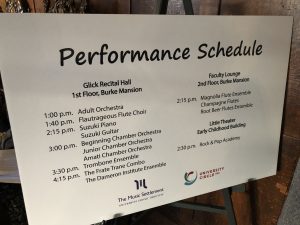 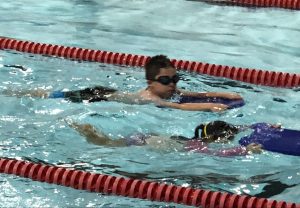 Alan’s weekends this fall go something like the following:  Friday night hangouts with Daddy, followed by Saturday lessons and Sunday fun.

On Fridays we’re likely to play one of our board games together (Sorry!, Mouse Trap) and arrange baseball bats by match-ups.  Saturday lessons kick off with swimming at Hawken and are followed by piano and violin lessons back-to-back at the Music Settlement.  On Saturday nights, Alan heads to Grandma Debbie’s to see his cousins and sleepover at Grandma Debbie’s house!

Sundays involve taking Tata to Giant Eagle for shopping and then stopping by the apartment to have lunch and play.  We also usually play baseball or tennis too.  Occasionally we stop by the Wildcat Fitness Center as well.

There’s not too much schoolwork to do on weekends this fall.  Alan does do practice math problems though.  And we participated in Millridge’s Read-a-thon for the first time!  Alan logged 480 minutes while reading 22 books this month. 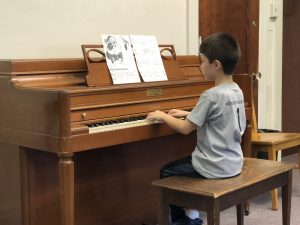 Tuesday nights this year (every other Tuesday to be exact) are once again group piano and Dalcroze class nights.  Alan first meets with George and Pasquale to practice together for their upcoming group performance in December.  Then Alan meets up with other classmates to combine music with movement.  Tonight Alan let loose running to the beat, then practiced rhythm clapping and jumping.  Alan made it look easy, but other kids who haven’t had as much music instruction had trouble with the pace and staying on beat. 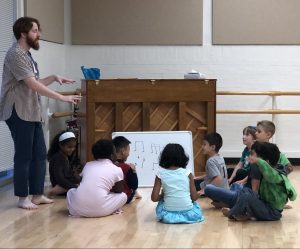 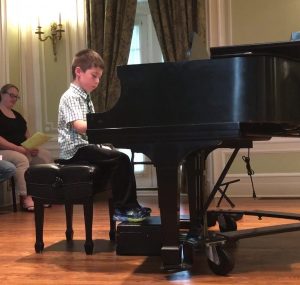 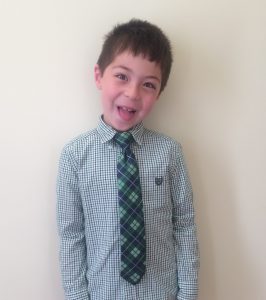 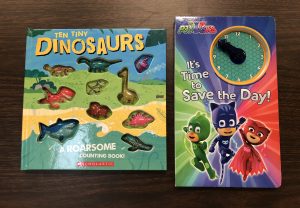 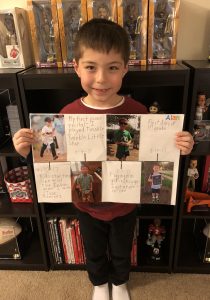 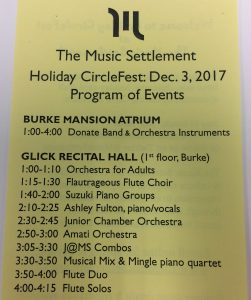 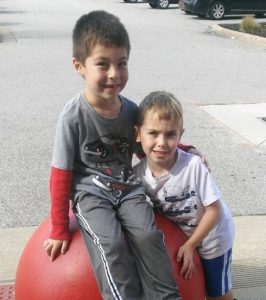 To Alan’s delight, fall weekends this year have been following a similar formula to last year.

Sundays can include trips to the Wildcat Fitness Center to practice basketball, visits to see Tata & Papa, or playing “Go Fish,” the Cars 3 Memory Game, or fidget spinner battles with Daddy.

On Monday mornings at school Alan has to write in his journal about what he did over the weekend.  Alan said that he enjoys writing about playing with Tyler the most. 🙂 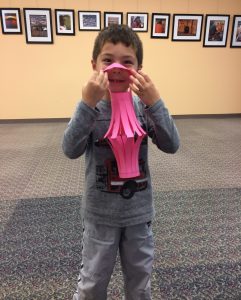 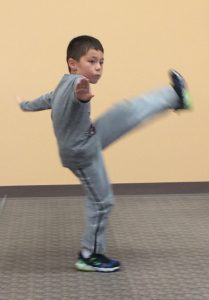 (Pictured is a Chinese lantern craft that Alan made for his Mom). 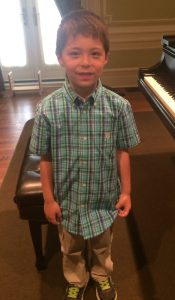 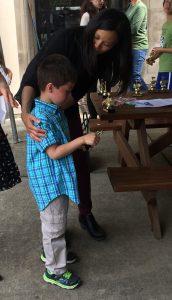 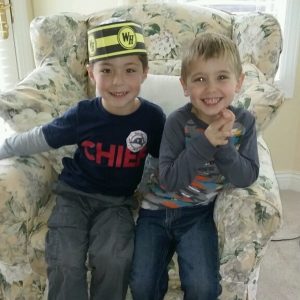 I think it’s safe to say that no one has more fun on weekends this fall than Alan.

Friday nights involve parties with me.  Saturdays are all about Chinese class at the Cleveland Public Library and music lessons at the Musical Settlement.  Alan’s still going strong practicing the piano and he’s been observing violin performances too!  Saturday nights involve sleepovers at Grandma Debbie’s house (and being silly).

Sundays can involve either playing with Tyler (now that he’s moved to Streetsboro!) or visiting Tata….and they usually end with swimming with Mom at the MHS pool.  Just recently Alan floated on his own for the first time and put his face under water!

Whenever we can find time, Alan also gets some swings in with his new metal bat, which he got when turning six.  October is also the perfect time to collect buckeyes that have fallen from our favorite neighborhood buckeye tree! 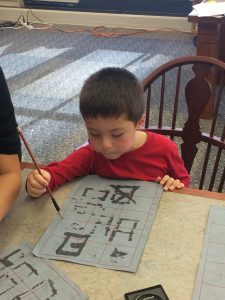 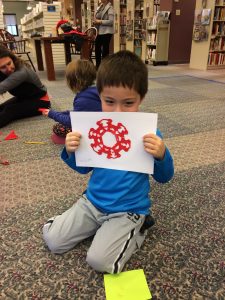 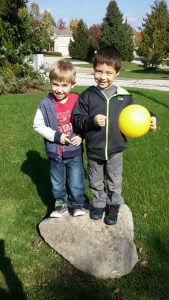 Alan’s latest work on the piano – with vocal! 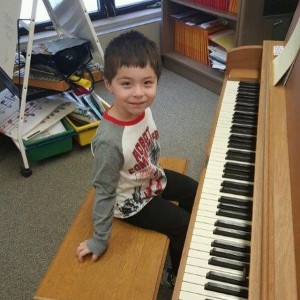 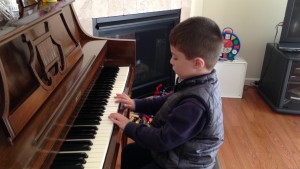 Alan playing in the leaves.

Alan swimming on his own.