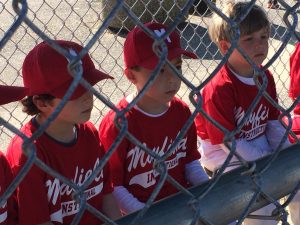 Alan made his Mayfield Instructional League debut today in the 5 and 6 year-olds “coach-pitch” division.  He played great, getting two solid hits to left field and splitting time at pitcher’s helper and second base in the field.  Alan was excited to receive quite a few grounders from the pitcher’s helper position.  And he encountered best friend Grady while covering second. 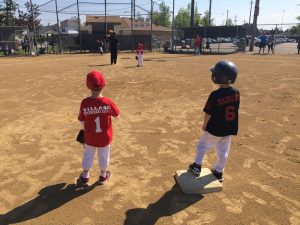 Alan plays for the Village Vet Clinic team and the opener was against the Mo Vaughn Trucking team.  Yes, that Mo Vaughn – the former Red Sox, Angel, and Met first baseman who slugged 328 home runs between 1991 and 2003.  Alan and I both shook his hand in the handshake line following the game. 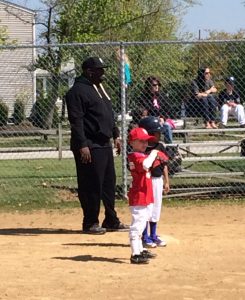 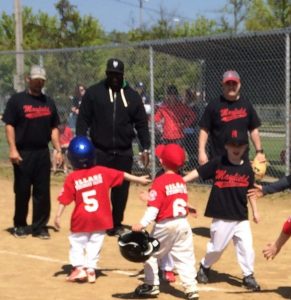