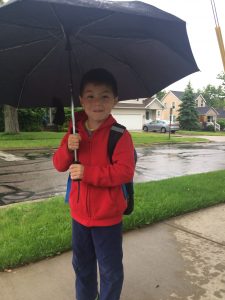 Alan’s school year is now in the books!  This morning I photographed Alan getting on the bus one last time as a Kindergartner.  He was still chewing his breakfast as we waited for the bus. 🙂 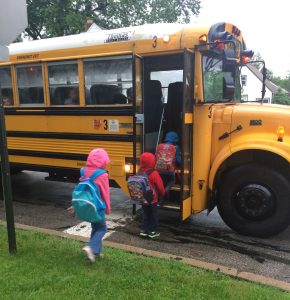 At school, the kids had an all-grades awards assembly in the morning.  There the kids also recorded a “Let’s Go Cavs” chant on video for the Cavs!  The photo below was taken just before the chant by the assistant principal (and posted to Twitter).  Alan appears on the very left edge of the photo in a gray shirt in approximately the 5th row.

Note: The Cavs went on to clinch their third straight Eastern Conference title by beating the Celtics tonight! 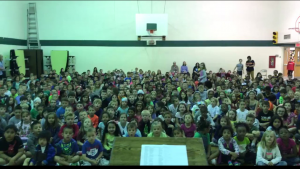 Later on in the morning, I stopped by the school to have lunch with Alan.  Parents were invited in for a hot dog lunch on the last day. 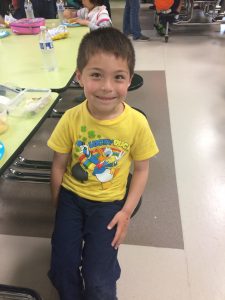 Before I left for work, I watched the kids dance and play in the gym during indoor recess.  It looked like they were having a blast. 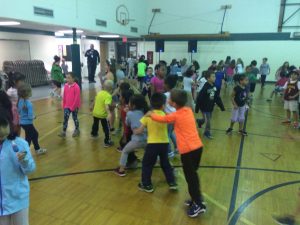 Later in the evening Alan told me that he and his friends didn’t want summer to come because they like school too much.  Good news for them is that first grade is just under 12 weeks away!