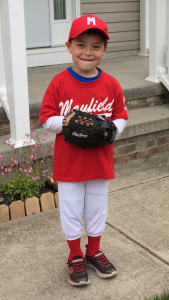 We’ve reached the midpoint in Alan’s rookie year in the Mayfield Boys’ Baseball League.  Here’s a recap of the games to date:

6/2 – Alan bats leadoff and goes 4-for-4 with his whole family in attendance.  He plays SS and P, where the ball finds him on several occasions.  Alan continues to field the routine grounders.  He’s also commended for helping up players off the ground, including his new buddy and teammate, Tommy. 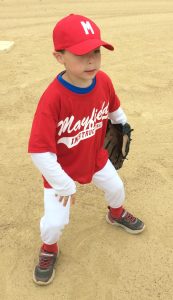