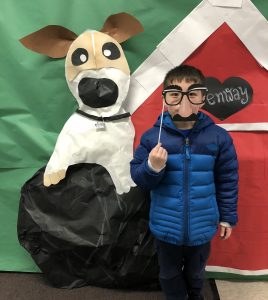 Millridge Elementary has finished reading Fenway and Hattie, and to celebrate, the school hosted a party tonight.  The event was centered around a dog show that featured dogs up for adoption from a local animal shelter.  Alan had a front row seat for the show (and appeared to catch the dog’s attention in the photo below). 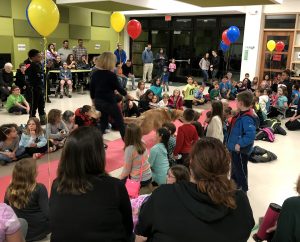 Kids also had an opportunity to make dog toys and dog blankets for the dogs in the show.  It ended up being more of an activity for first grade parents, though, as Alan used the time to get re-acquainted with Anton, Xavier, and Noah — almost the whole gang of friends from Mrs. Feldman’s Kindergarten class! 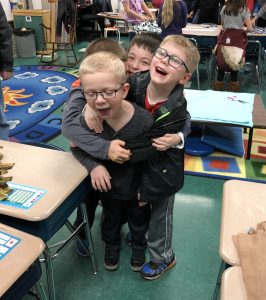 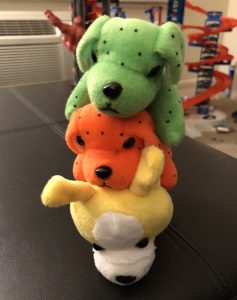