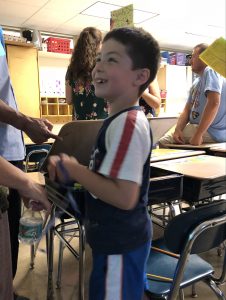 Tonight at parent orientation I learned what’s ahead for Alan in Mrs. Harris’ second grade class this school year!  Alan came tonight and played on the playground with his grandparents while his parents were in class.  Afterwards he met us in the classroom and showed off his desk (I had to hide the personal note written for him). 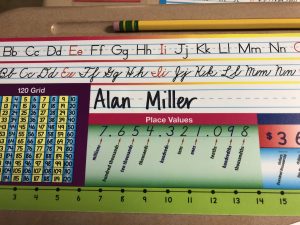 Alan sits at the table group that named themselves the “Number One Stars.”  In the picture below of the group’s sign, Alan drew the green helicopter and red airplane in the lower right corner. 🙂 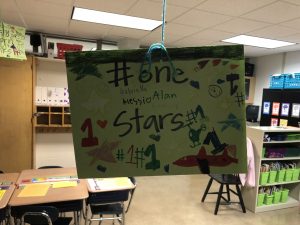 Alan also showed me his “friendship pie” hanging in the hallway. 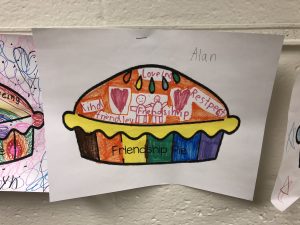 Lastly, he showed me the picture he drew on his personal book holder by his cubby! 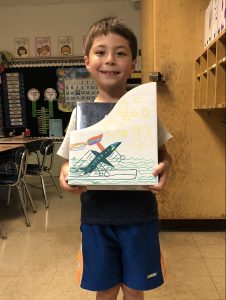 One theme of the evening was the introduction of the new “House” system.  Alan is in the blue-colored “House of Responsibility.”  I’m sure there will be more to come on that throughout the year!