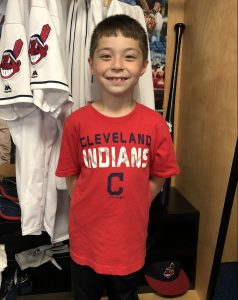 Alan kept his birthday celebration going late into the night at the Indians game!

We arrived during the 5th inning, around the time of Josh Donaldson’s 2nd homerun of the night.  Alan headed straight for Little League Park and hit everything in sight.  He legged out a triple in this at bat. 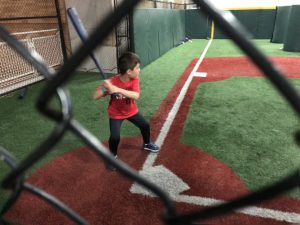 Inside the Kids Clubhouse, we took selfies.  Alan had to have an orange popsicle too. 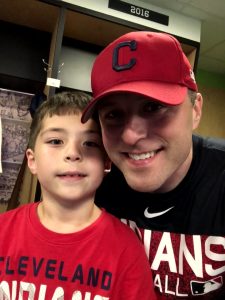 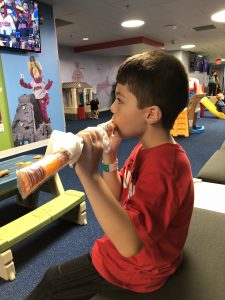 At the team shop, Alan got a ASG mini bat and some AL Central Champs souvenir baseballs and pins.  On our way out of the ballpark, Alan lamented that he’ll “miss this place” during the offseason. 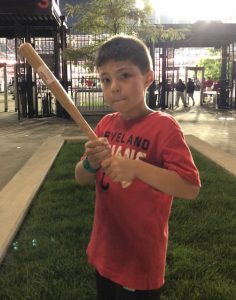 Alan wrapped up another winning season at Progressive Field with a 4-3 record.  He’s 24-10 overall in his Indians career.