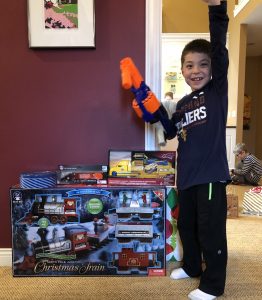 The Christmas fun kicked off for Alan last night when he had a sleepover with Tyler and Carleigh at Grandma Debbie’s, and it continued today with the family party!

Alan was excited to share last weekend’s new toy — the Hot Wheels launcher — and open up plenty of new toys as well.  His favorite gifts were the Nerf gun from Grandma Debbie (he can never have enough Nerf toys!) and the electric train from Robbie and Jill (which came in a large, heavy box). 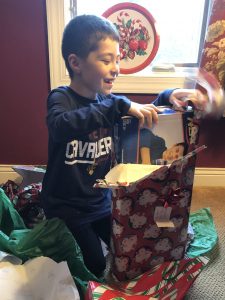 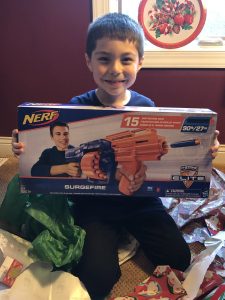 The party was held at the same time the Browns were closing their 5-2-1 home slate in 2018 with an exciting win over the Bengals.  The photo of Alan with his arm raised above actually captured his reaction to the Brown’s 2nd touchdown of the game!

As usual, the cousins had a great time playing together.  When it came time to leave, they wanted to take pictures together.  Carleigh had already put her hat on and preferred to keep it on for the photos. 🙂 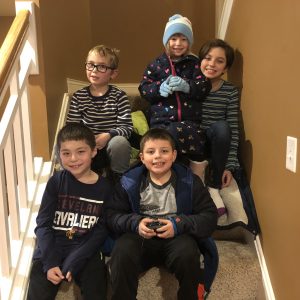 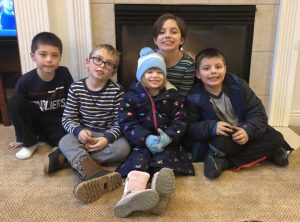 Note: This year the party was held a little early because Alan is traveling to New Orleans Dec. 24th-28th.  Alan was very happy that he didn’t have to miss out on the fun.