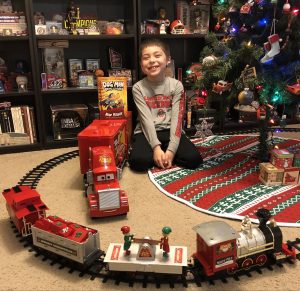 Alan’s Christmas resumed in the early hours of Saturday morning after returning home from New Orleans.  Alan’s plane landed just before midnight and he made it back to Mayfield at about 12:30am.  After sleeping on the plane, though, Alan was wide awake and ready to see what Santa left for him — a Cars 3 Super Mack Truck!!  Super Mack, which transforms into a motorized race track, was exactly what Alan told Elfie he wanted, keeping Elfie’s stellar track record as a messenger alive. 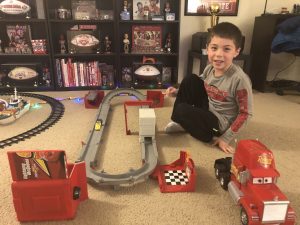 Alan also received gifts from me in his stocking, including the 6th book in the Dog Man series: Brawl of the Wild, an Ohio State book for kids called Buckeyes A to Z, a Hot Wheels monster truck ornament, a gingerbread man ornament, a pack of Topps baseball cards (Alan was excited to get a Cody Allen card!), a Buckeyes mini jet, a Cavaliers car, and three “C” baseballs (including a green one that Alan placed in the living room next to his favorite baseballs from 2018).  Alan stayed up until about 2:30am reading his new book and then telling me about his New Orleans trip (more on that in a separate post) before finally calling it a night. 🙂 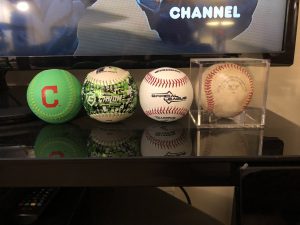