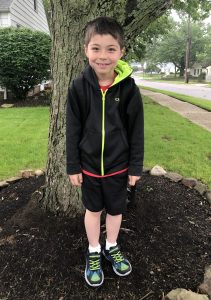 Today Alan wrapped up his 2nd grade year at Millridge.  And I took off work to share the day with him.

The morning started with the end of year photo at the bus stop.  But breaking from tradition, Alan was not still chewing his breakfast when I took his photo. 😉 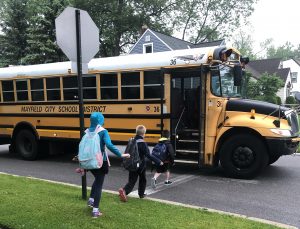 From 11am -12, I joined Alan for the end of year picnic on the playground.  Fortunately the kids dodged the rain long enough to have lunch outside.  Just like last year, Alan, De’Onta and I had hot dogs and chips at Alan’s favorite playground spot – the “speed rover.”  Noah and Brady came by as well, and eventually Alan chased Brady for fun. 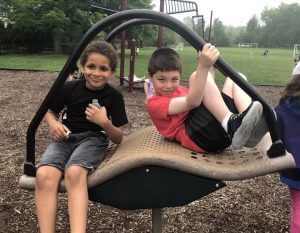 De’Onta took a photo of Alan and I after lunch that turned out great, and I got a nice one of Alan. 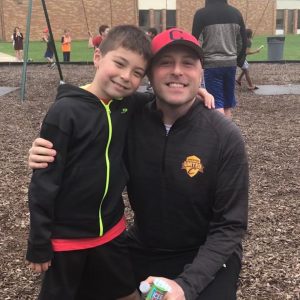 He passed on ice cream and had more chips instead, since it was a chilly morning. 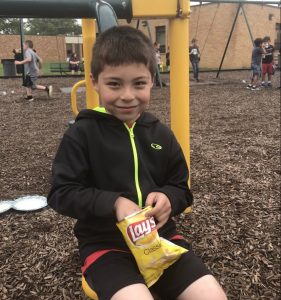 The Highland Heights Fire Department did the grilling for the kids lunch once again this year.  They also brought a fire truck and ambulance for the kids to check out.  Alan and Brady made sure to take advantage. 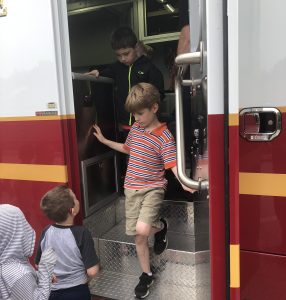 After the picnic, I went back home while Alan’s class watched DuckTales: Treasure of the Lost Lamp to wrap up the school day.  Then I met him at the bus stop so we could go to McDonald’s together for a rare mid-day hangout on a weekday.  Alan told me about the certificate he got from Mrs. Harris and the memory book that he made in school and had signed by his classmates.  But the fun still didn’t end there — it continued at the Highland Heights Park, where Alan was happy to run into his friend Stephen from ice skating! 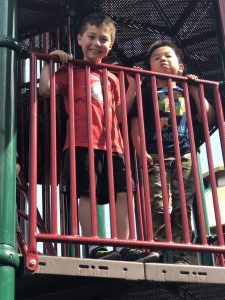 By this time of day, the sun came out and the temperature warmed up.  These two would’ve played together all day, but Alan had to settle for a good 90 minutes. 🙂 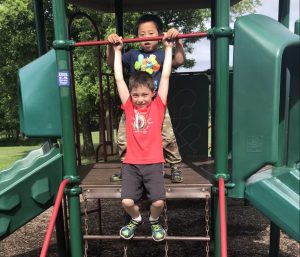