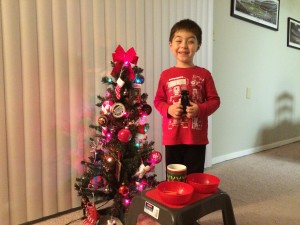 Before Alan went to sleep last night, he put out hot chocolate and pretzels for Santa and carrots for Rudolph (pictured above).  Alan told me it was the best way to show Santa that Alan believes in him.  Alan also told me he planned to tip-toe downstairs at midnight to see Santa, but unfortunately we both slept through the night and missed him.

When Alan woke up this morning, the food was eaten and Alan found the Paw Patroller from Santa under the tree!  Santa knew it was exactly what Alan wanted from the letter that Alan mailed to the North Pole a couple weeks ago.  Thanks to Elfie (pictured below), Santa received a good report on Alan’s behavior this month. 🙂 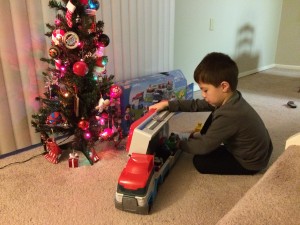 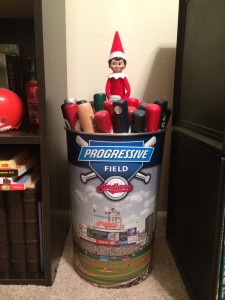